This is the second blog post from Jack, 15, who is carrying out two weeks' work experience at endjin over the Summer. On day two, Jack learns about work tracking and software project management using YouTrack, and gets to grips with logical operators in C#!

On day two, I arrived at the endjin office at around 8:45, where everyone was discussing the football from last night. I sat with Alice and was shown a web application called YouTrack. YouTrack is a work tracking application which allows you to put in tasks and update their progress by setting different statuses as you work on them. This means that you are able to see what tasks you have done and which you have not, making it far easier for you to track them and decide what you are going to do next on the project.

In YouTrack you are also able to organise the tasks into groups called swim lanes and sprints. Swim lanes represent the large main features for the project. Sprints let you organise the tasks in a project into manageable smaller periods of work. Using sprints allows you to clearly see how you are going to divide up the work and group similar tasks together. Using sprints also allows you to prioritise different groups of work for a project. 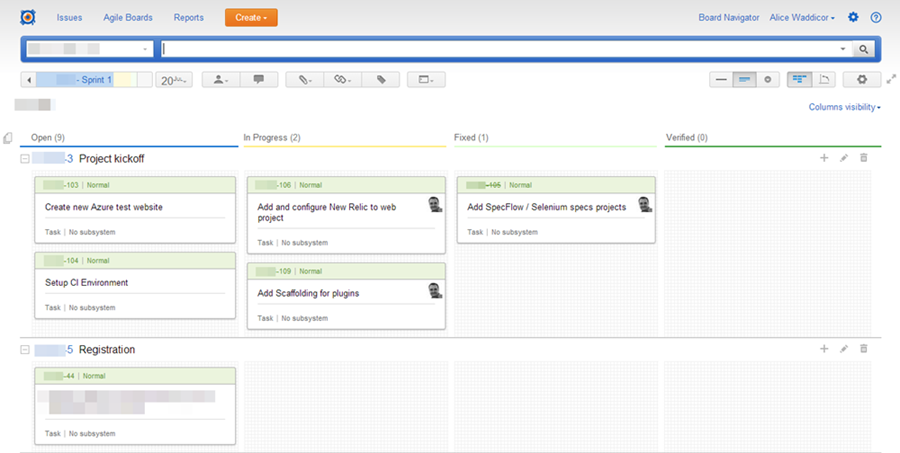 After working on YouTrack for a couple of hours, I was shown a website called Pluralsight where you are able to view videos about programming. The first video I watched was about C#, which is the main programming language used at endjin. The video was really interesting and I started learning basic commands and symbols you use in C# programming. For example in C# you finish a line with a ';' if you don't the the program will not work so I learnt that it was imperative that you double checked it was there! I also started to learn about Booleans and logical operators. Booleans are a data type that can have the values true and false. I learnt that an And operator is shown with the symbol && and that a Not operator is shown with a ! sign. For example, this code:

writes out these results:

On her second day, Alice is given a deep dive into the commercial side of the business.