By Carmel Eve Software Engineer I 14th May 2020

I have already written a blog around loading and shaping data in Power BI. In that post I ran through how to build up a model in Power BI to support report visualisations. This included merging and manipulating tables, cleaning and shaping the data, and building relationships between different parts of the model. All of this forms the base for the high-level reporting which allows you to deliver insight using Power BI.

There are however some other things which can be done in order to improve your data model. The first of these is to configure model properties.

There are a few different model properties which can be configured. Some of these I have already touched on, but are used to make the model more discoverable:

And some are used to improve the reports produced by the model:

Ensuring your columns are the correct data type allows you to perform specific operations over the data. There are many data types: Whole number, decimal numbers, dates and times, text, true/false, binary. Each of these unlocks specific functionality.

Power BI can also infer things from within a data type. For example, it can infer that text data can relate to a specific geographic location which allows you to visualise your data on a map. There is sometimes a little more complexity in getting location data into the correct format, but this can be a powerful tool in bringing your data to life.

For example, if we use our data model seen in previous posts and display the number of children by city on a map: 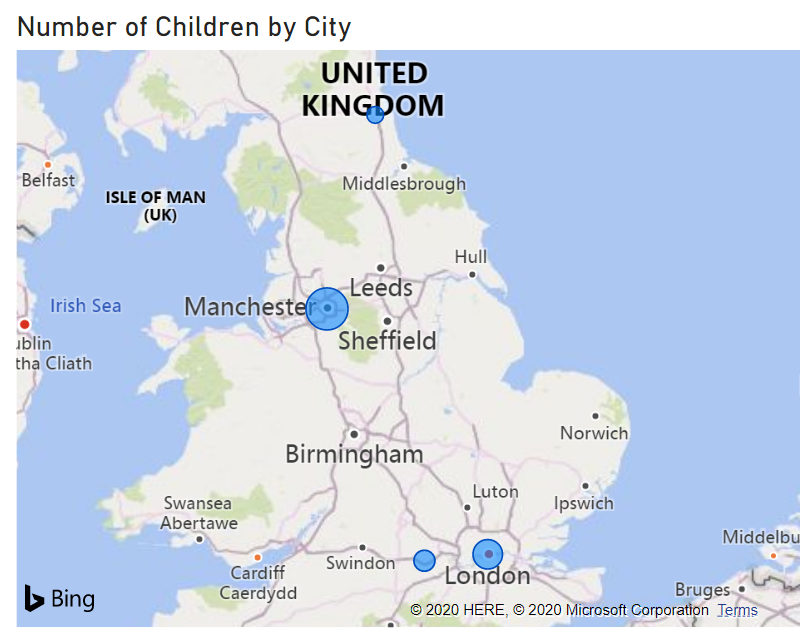 We can get a clear visual idea of the distribution around the country.

Within this, you can also use data categories to further enrich the data. For example, you could specify that the above data relates to cities, and if you had worldwide data you could have a second column which you could categorise as "country". This allows you to present richer map views over the data. Other categories include image and web URLs, which can allow you to display this kind of content within your reports.

Formatting your numeric columns means that you can display the data in a way which gives the viewer some context. For example, displaying your data as a percentage or a monetary amount means that anyone viewing the report can quickly and easily tell what they're looking at.

Another thing which can be useful is defining a sort order for your data. This can be especially useful if say, for instance, you have a column which contains the month that someone is born. When you sort by that column it will automatically sort the text in alphabetical order, whereas clearly in the case of months that wouldn't be the expected behaviour.

But if we add an additional column: 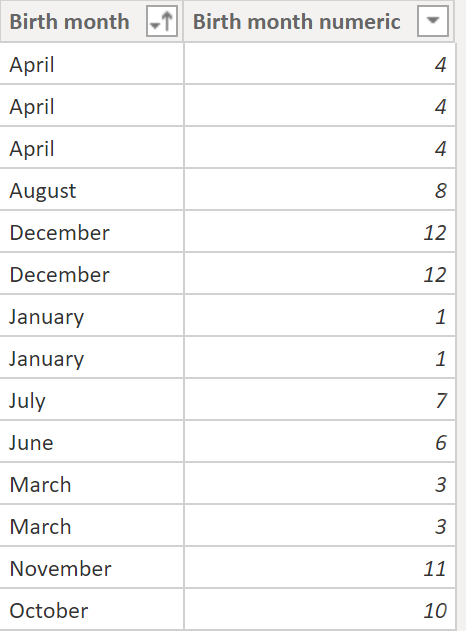 And then define the sort order of the birth month:

Then when we sort that column, we get the expected behaviour: 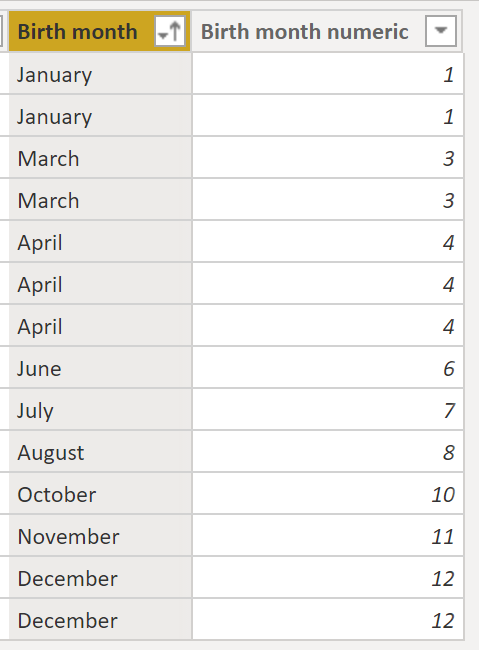 Another thing that can be done to improve the model is to add a default summarization to columns. When you display aggregated numeric columns in your reports, the default aggregation method is to sum the values. For instance, if we create a visual which aggregates the number of children by city: 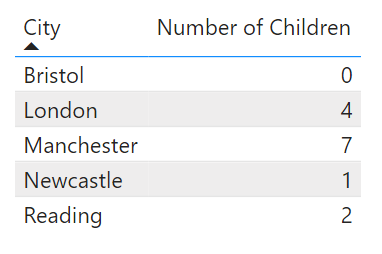 The total for each city is calculated by summing up the children in that city. If we instead wanted this to display the average children in each city, we could update the default summarization for the number of children column:

And we can then see that the table visualisation instead displays the averages: 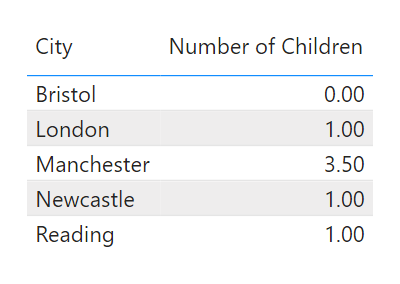 This is especially useful if you have data which it does not make sense to sum – for example ratings.

Using these techniques we have a model which is far more discoverable, and is able to better support the visualisations we need.

In order to effectively work with our data in Power BI we need to structure the model as best to support the representations we need. This process is called data modelling. Data modelling includes loading, shaping, cleansing and enhancing the data.This post runs through some of the important steps used in data modelling, and gives an example of loading and shaping data using Power BI.

This is the sixth blog in a series about DAX and Power BI. This post focuses on relationships and related tables. These relationships allow us to build up intricate and powerful models using a combination of sources and tables. The use of relationships in DAX powers many of the features around slicing and page filtering of reports.

Here is the second blog in a series around learning DAX and Power BI. This post focuses on row contexts, which are used when iterating over the rows of a table when, for example, evaluating a calculated column. Row contexts along with filter contexts underpin the basis of the DAX language. Once you understand this underlying theory it is purely a case of learning the syntax for the different operations which are built on top of it.
Github Twitter LinkedIn