I've posted a fair bit about this over the past couple of weeks but, in case you missed it, Jess Panni and I recently spoke at NDC London about "Combatting illegal fishing with Machine Learning and Azure". Before it's completely faded from my memory, I thought I'd write a quick blog about the (five) things I found helpful in preparing for the talk!

(I also had a conversation with Ian Griffiths a few months back about what he does to prepare so will be stealing some of his insight to supplement my own!)

I'm not going to pretend I wasn't nervous. But I think the thing that was vastly different here than in any public speaking I've done before (most of which was at university in front of a group of 5 people...) was that I was prepared. I knew what I was going to say, I knew that I had a plan should things go wrong, and I knew that I did actually know what I was talking about.

For me this meant writing a whole script, copying it out over and over until I could do it from memory, and then practicing that script in front of anyone who would listen (my housemates learnt a lot about illegal fishing over the last few weeks). This isn't necessarily the way that everyone prepares – I know that some people here at endjin would rather deliver a bit more off-the-cuff. But however you prepare, the important thing is to feel confident that you know what you are going to say. It then becomes more about focusing on the delivery than the content (having said this, I think my main focus when actually delivering was on controlling my nerves – but I guess that is just a part of delivery…?).

Do this prep a bit in advance – not in final few days. I have always found that prepping too close to the time for anything has done nothing more than stress me out. Getting all of this prep done in advance and then doing a quick day-before refresh is definitely the way to go! Running through the talk over and over again on the morning of is just going to heighten nerves and quickly drive you mad. 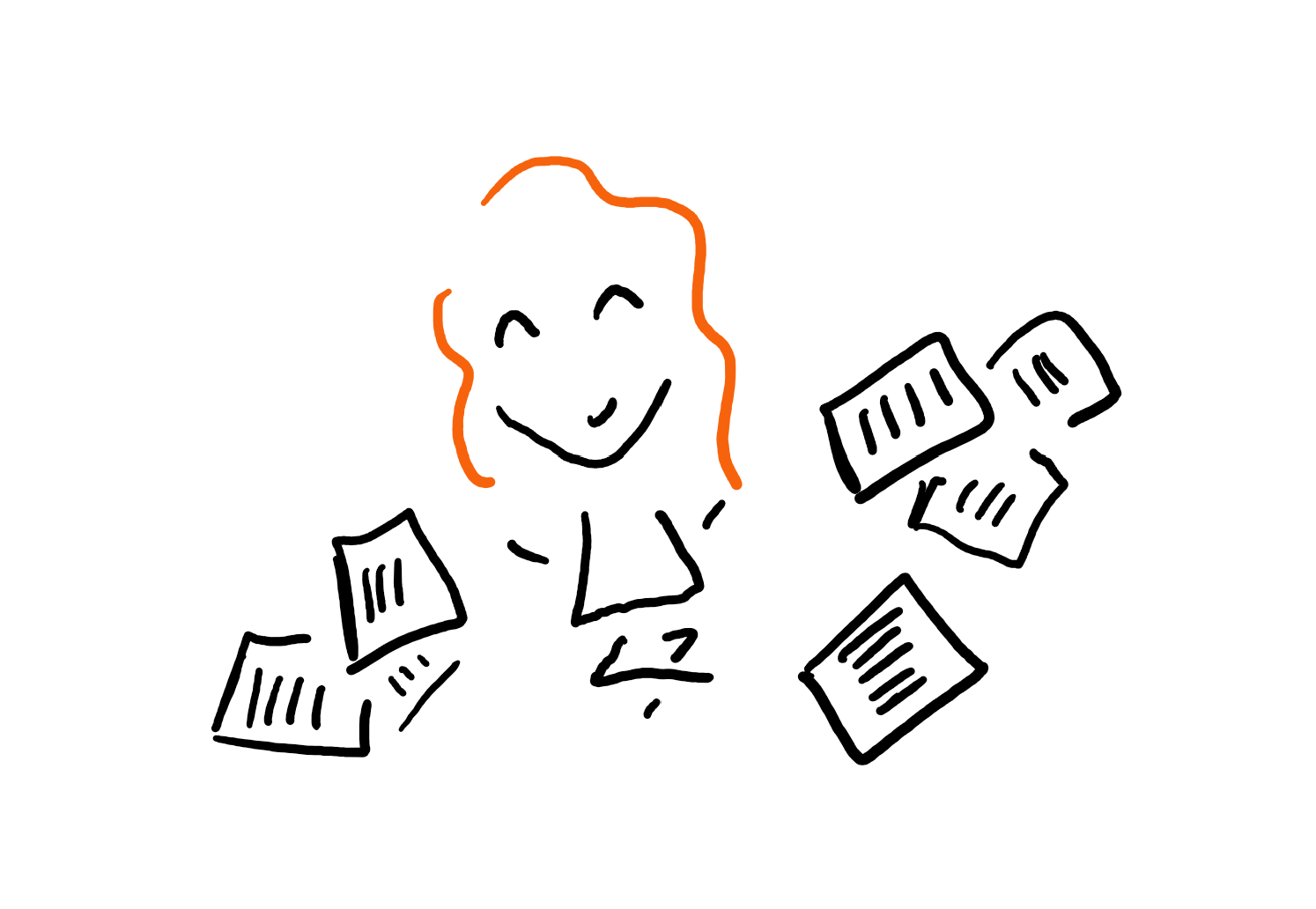 As Ian said, it is best to do "whatever you can to lower pressure". It is good to have an outline written down so that you know that if you do get lost, you have a way of getting back to where you're meant to be. I found that the presence of this outline meant that I was actually less likely to get lost in the first place. The slide deck also provides a good marker of where you are and where you're going next, but I found that having something written down in front of me that I could glance at if I needed helped me feel a lot more secure.

If you are planning on doing any live demos it is good to have a recording of the demo you can play should the demo not work (and I was very thankful that I'd set this up when Postman decided it wasn't playing ball on the day). This means that if things do go wrong you don't panic, and can calmly switch over and carry on (almost) seamlessly.

It is good to practice recovery. If you practice for a situation where things go wrong then you can feel safe in the knowledge that whatever happens everything will be okay. 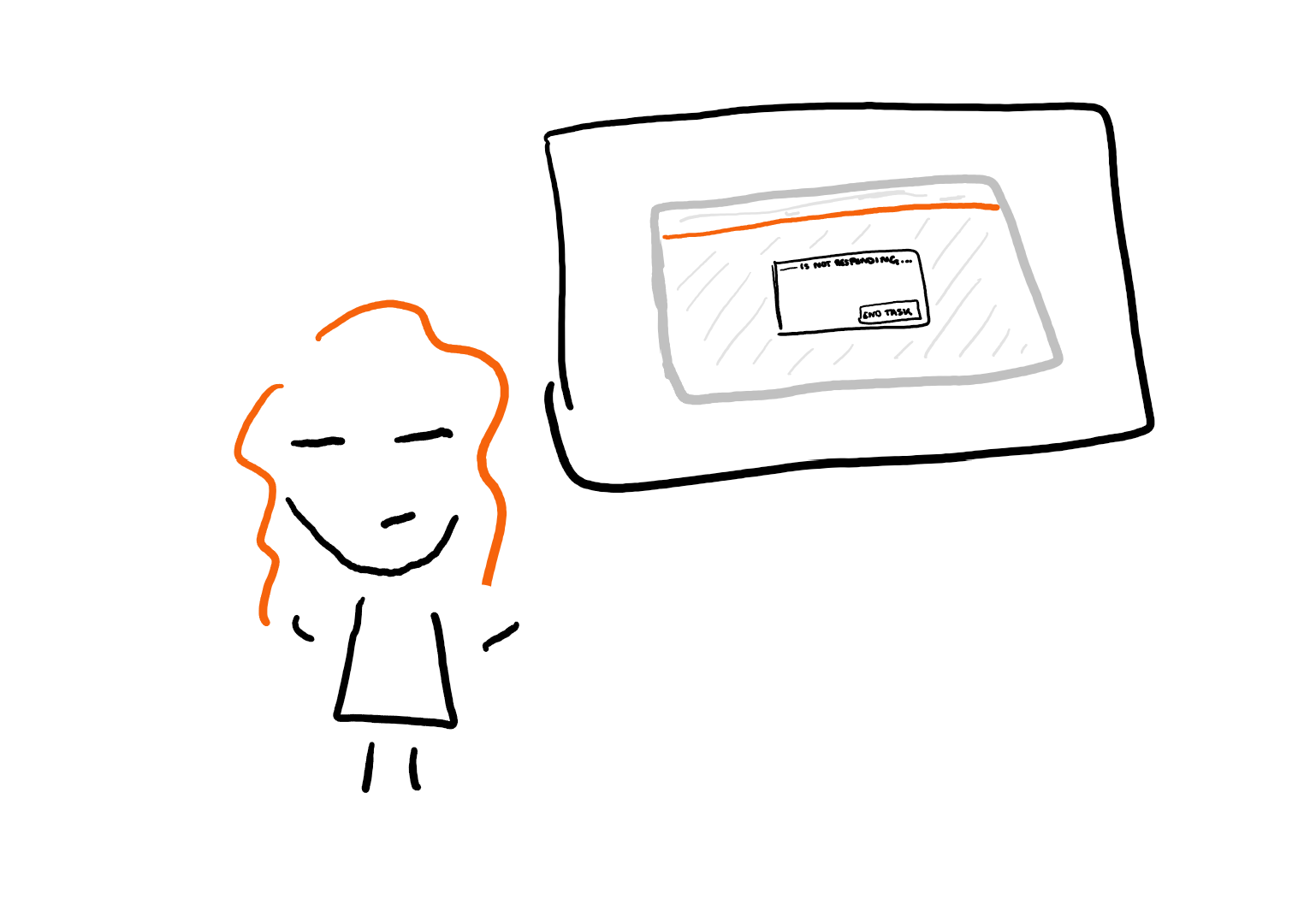 One of the most stressful parts about presenting is getting the timings right. It is hard to stop yourself as you're speaking thinking "am I going too fast? Am I going too slow?". To try and counteract this it is useful to write out a rough outline of timings. This gives you a structure and pace to work towards.

Ian also suggested that it was a good idea to display the time in front of you when speaking. This means that you won't be wondering how you're doing for time because you can just glance at the clock to see how much time you have left. This removes one extra thing for your brain to be keeping track of whilst presenting, and that can only be a plus! 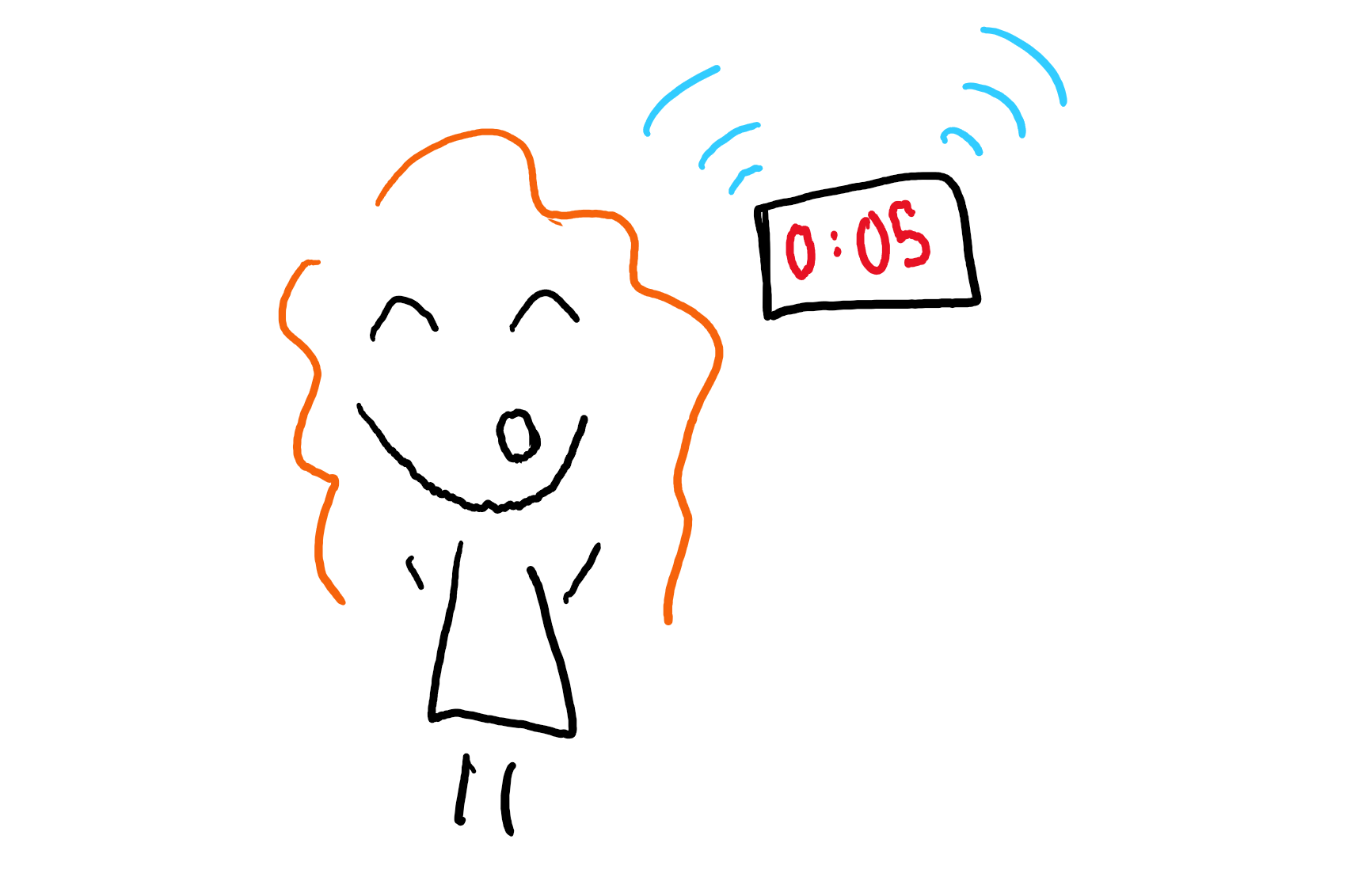 There isn't really a substitute for practicing the talk live. When delivering to an audience you can feel the parts of the talk which may need a rework. It puts pressure on so that you deliver it in a similar way to the way you will on the day. It allows you to get a clear idea of timings. Jess and I did a full run-through about a week before the talk and it was by far the most helpful thing that we did in the run up. We ended up removing and re-structuring a few major things and the presentation was much better for it!

If it isn't possible to find an audience to practice in front of, then definitely record yourself presenting and listen back to that recording. The fact you are recording applies a little bit of the pressure of an audience and makes you less likely to fall into the habit of explaining what you're going to say rather than just saying it.

I also found that recording myself was very useful when developing what I was going to say. In listening back to the recording, I noticed the bits of the talk which were stilted, the bits where I stumbled and the bits where I rambled. I could then redraft and work on these sections of the talk. Focus on the actionable ways in which you can improve the delivery. 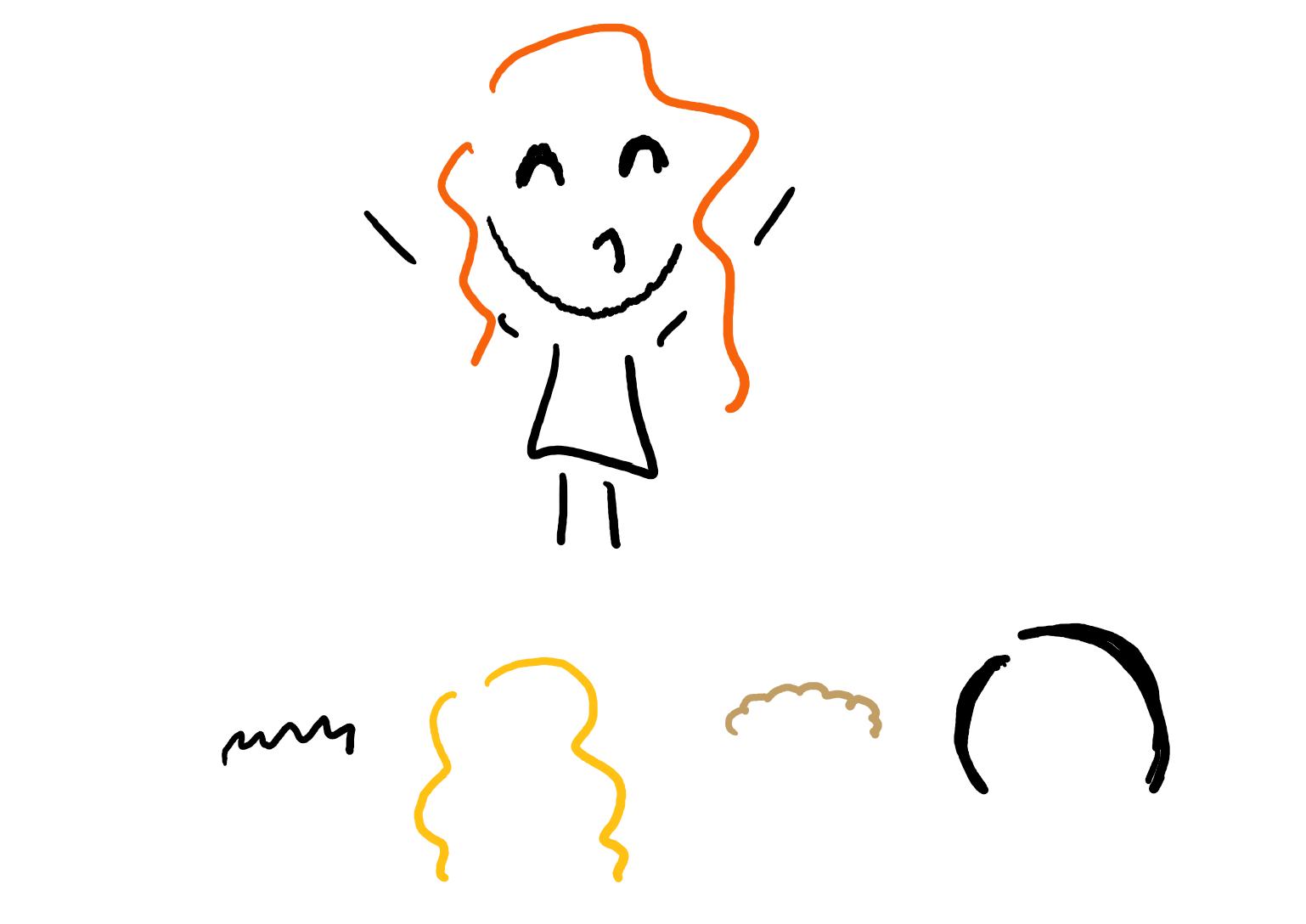 Something which I'd never really considered is that public speaking is no different from any other kind of performance. In reality it is no difference from delivering your lines for a play, or the notes in a music piece. This realisation hugely changed my outlook on both the preparation and the talk itself. The preparation is the equivalent of learning your lines so that when you get up on stage you know what to do. The focus is then completely on the delivery of those lines. Thinking of it like this not only calmed my nerves, but also made me understand that the most important thing was to be completely comfortable with what I was going to say, so that I could focus on how I was going to say it. 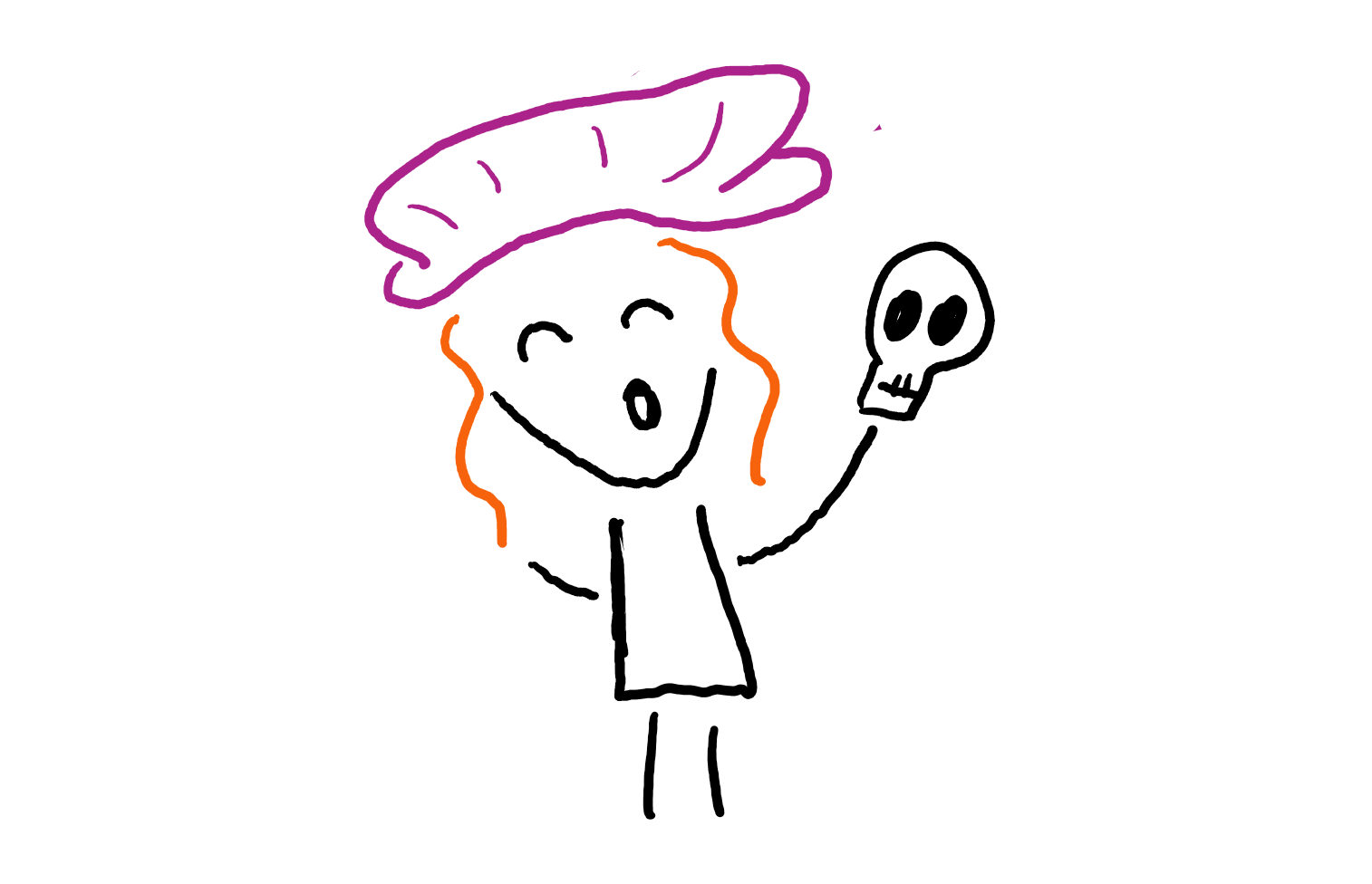 And finally (I know I'm exceeding my 5 tip limit here) but Ian ended our call by saying that public speaking "should be enjoyable". I don't think I've quite reached the stage of comfort where I can appreciate this yet, but I will say that the high of having successfully finished the talk was a good one! 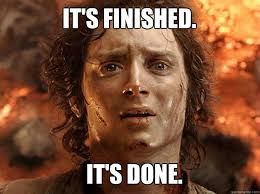 A week in the life of a (graduate) endjineer

NDC London - A dive into responsible and inclusive technology

NDC London day 1 was mainly focused around the responsibility we all face when developing new technology. As developers we cannot absolve ourselves of the consequences of not considering diversity and inclusivity when designing our solutions.

Carmel has recently released an exam tips course on preparing for the AZ-204 exam: Developing solutions for Microsoft Azure! The course gives an overview of the syllabus, some tips on what you'll need to know for each section, and some examples of common question types.
Github Twitter LinkedIn