Windows Subsystem for Linux (WSL) allows you run a Linux enviroment on Windows, using your favourite Linux distribution. You can even install multiple types of distributions side-by-side.

However, there is no out-of-the-box way to install multiple instances of the same distribution. This can be useful for setting up isolated development environments, as one example.

In this post, we will go through the steps of how to do this.

Firstly, ensure you have WSL enabled. If you are running Windows 10 version 2004 and higher or Windows 11, then simply run the following in a Windows shell (command prompt or powershell):

If you are running an older build of Windows, you may be able to enable WSL following these manual steps.

You can also install further distributions either from the Windows Store or using wsl --install -d <distribution name> (use wsl --list --online to view available distributions, for example Debian or openSUSE-42).

Set up the "base" environment

Once you have your preferred distribution installed, use wsl -d <distribution name> to open the environment.

We will use this environment as the base for the other copies, so set up anything you want to be replicated in the others.

Export the "base" environment

When you are happy with the environment, use exit to exit and return to the Windows shell.

Export the environment with the following command:

e.g. for a Ubuntu distribution

This will export the environment as a .tar archive, ready to import.

Create new instances of the distribution

You can now create new instances of the "base" environment by importing the .tar export.

e.g. to create a new UbuntuDev1 distribution from the Ubuntu base:

You can now open the new environment using

If you use Windows Terminal, you should also see the new environment appear in the dropdown list of profiles. 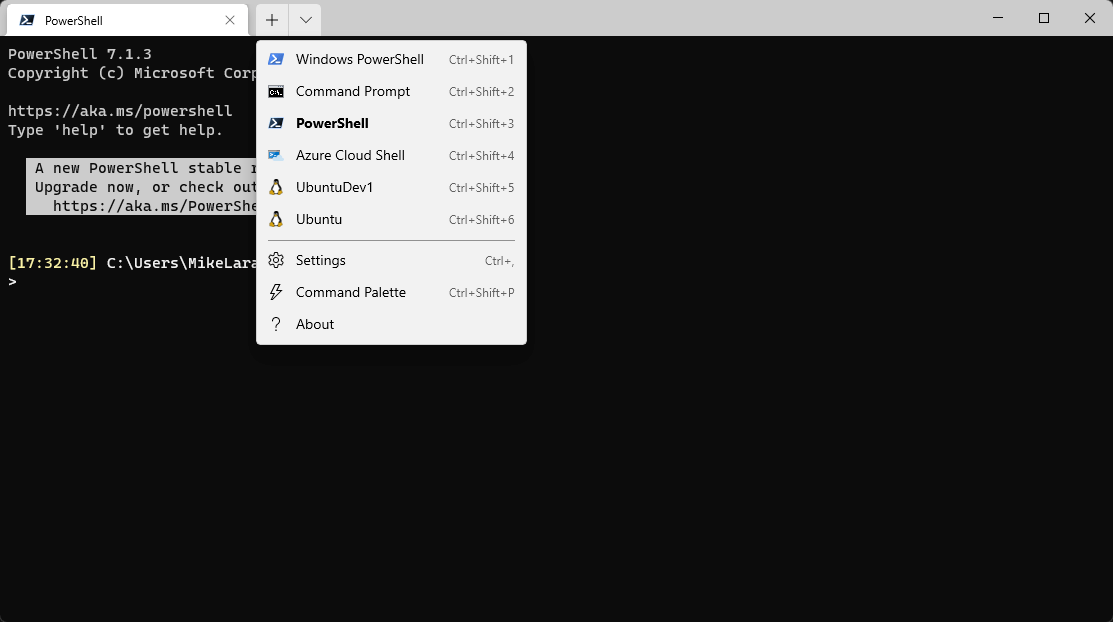 And if you are using Windows 11, you can browse the Linux filesystem for the environment in File Explorer. 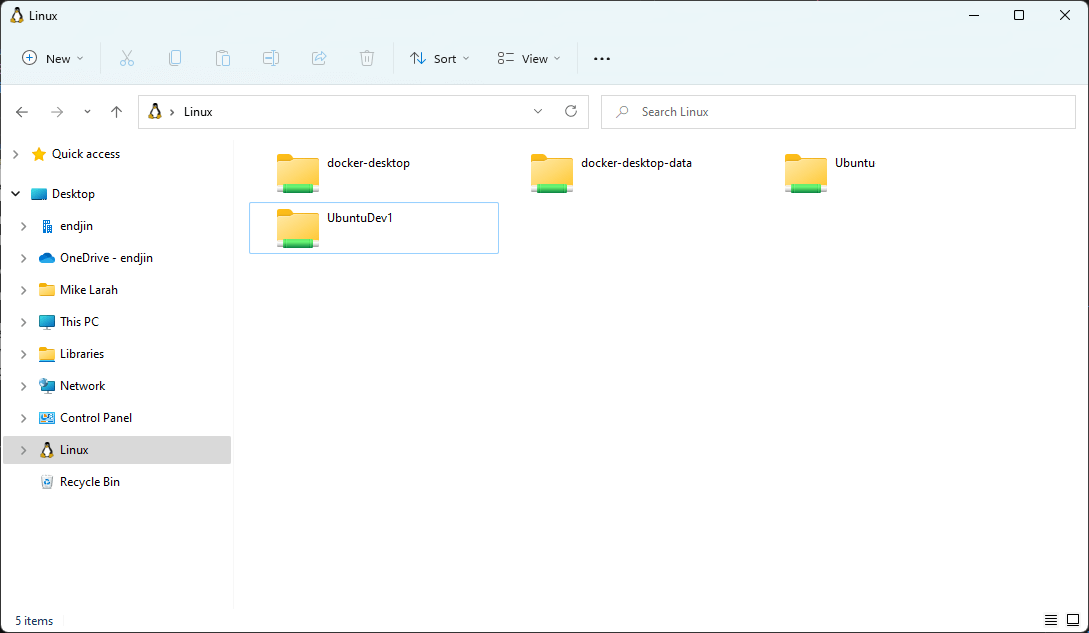 or you can create/update a wsl.conf file in the /etc directory inside the environment, with the following section:

which will configure WSL to log in with your custom user by default, without having to pass the -u <username> flag.

You can use a single command to create or append the conf file, e.g.

If you're interested in the Distributed Application Runtime (Dapr) and how it can simplify migrating existing workloads to use cloud platform services, then this series might be for you. In this post, we continue working with the excellent Dapr Traffic Control sample application to adopt a containerised dev inner-loop using Visual Studio.

Have the recent changes to Azure CLI on Windows broken your dev inner loop when working with containerised applications that need access to Azure resources? If so, this post provides a workaround that will unblock you without having to be stuck on an old version of the Azure CLI.

In this post, we describe the steps needed to enable Windows Subsystem for Linux (WSL) 2 on Windows 10, and how you can use the WSL 2 features with Docker for Windows.
Github Twitter LinkedIn