We've open sourced a lightweight licensing framework we've been using internally over the last couple of years. In a 5 part series I'm covering the motivation behind building it, how you can use it, how you can extend it for your own scenarios and how you could use it in a real world situation:

In the last part I covered off how to create and validate a license, but we didn't delve into the extensibility points provided by ILicenseValidationRule and LicenseViolationException that allow us to implement custom validation logic. These extensibility points are enabled by LicenseValidator which performs the validation by iterating over the collection of user definable rules, which implement the ILicenseValidationRule interface and calls the Validate() method, passing in the LicenseCriteria extracted from the ClientLicense object:

Because we have not specified any hardcoded validation rules inside the ValidateMethod(), this allows us to easily create our own rules and pass them in to be evaluated. Endjin.Licensing only has a single built in validation rule – LicenseHasNotExpiredRule, which simply checks to see if the license expiry date is less than the current date. Of course on a desktop application the user could modify the machine's system clock settings, so you'd need to implement a NTP based rule which would connect to an external time server to establish the correct, untampered with date.

The diagram below shows the ILicenseValidationRule inheritance hierarchy in the solution: 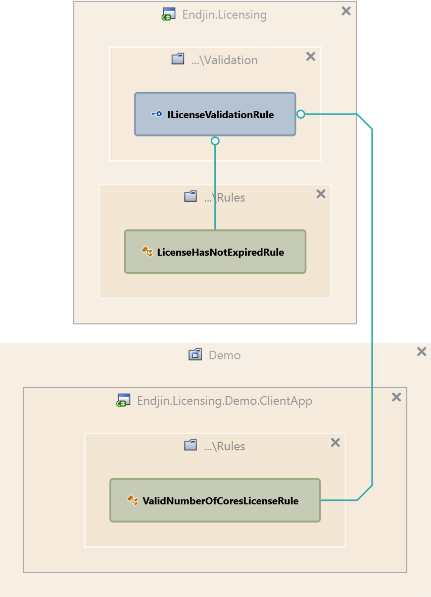 The second part of the extensibility mechanism is option to implement your own custom LicenseViolationException. For simple implementations, your custom exception can contain a user friendly message explaining in what ways the license is invalid which you can display in your user interface.

The diagram below shows the LicenseViolationException inheritance hierarchy in the solution: 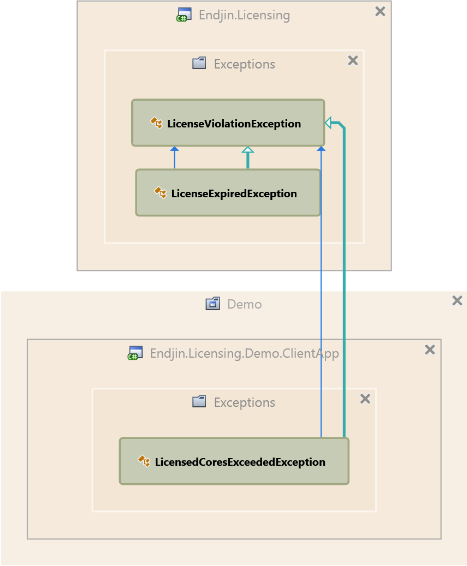 Hopefully post has demonstrated how easy it is to implement custom validation rules in Endjin.Licensing. In the next post I'll be describing some real world usage scenarios of how you could use the Endjin.Licensing framework.