To quote Jack Burton in Big Trouble in Little China:

Today my Xamarin trial expired - Sadface. But @endjin generously supplied me with a new Xamarin.Android and Xamarin.iOS Business edition license, things were looking up - Happyface. However after activating the new license and upgrading to a newer version of Xamarin Studio on both my Mac and the guest Windows 8 OS, my master solution containing all the projects for the different platforms (Android, iOS and Windows Phone) was no longer building. I'm not sure whether this really happened as a result of the license activation and/or the upgrade but I was once more in trouble with my Xamarin platform setup - Sadface!

Building the project in Xamarin Studio on Windows threw this error: The "Aapt" task failed unexpectedly*.* No idea what this means but luckily the Xamarin forum had the answer. The problem is caused by an incomplete Android SDK install and more specifically missing Build-tools. To fix this, open the Android SDK Manager which can be found in %APPDATA%\Local\Android\android-sdk\SDK Manager.exe. or go to All Programs > Android SDK Tools > SDK Manager. Select the Android SDK Build-tools and install the missing package.

After the installation completes, restart Xamarin/Visual Studio. Your Android project should now build successfully and you can move on to the next problem!

After troubleshooting problem #1, I wanted to check whether the iOS app was still running on the emulator as it did before. However Xamarin on Windows could no longer communicate with the Mac build host. The iOS settings in Visual Studio under Tools > Options > Xamarin > iOS Settings appeared to be correct. The <HOSTNAME> was the same as it's always been. 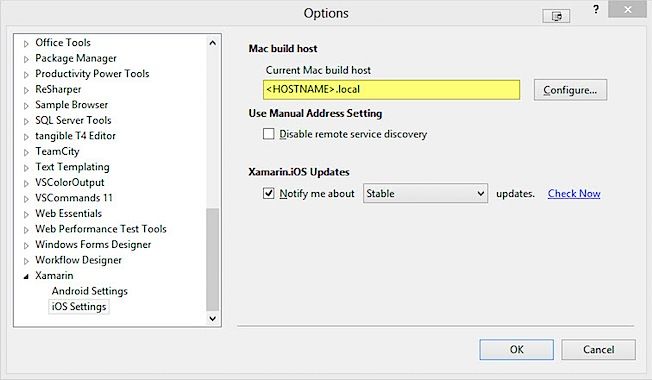 But when I clicked on Configure to open up the Xamarin.iOS build host dialog, I noticed two entries, one of which was unfamiliar. A quick check revealed that the local hostname on my Mac had changed (to find out your current hostname, you can start a new Terminal session and type in echo $HOST). So to fix my problem, all I had to do was to change the hostname back to what it was before. Under System Preferences, go to Sharing and click on the Edit button. 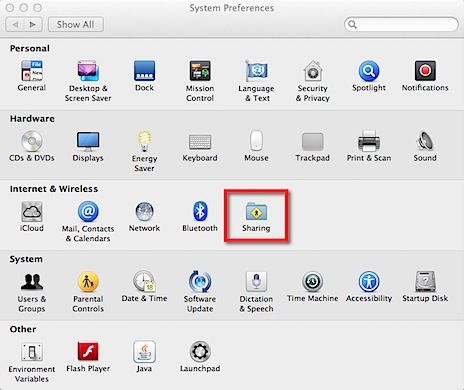 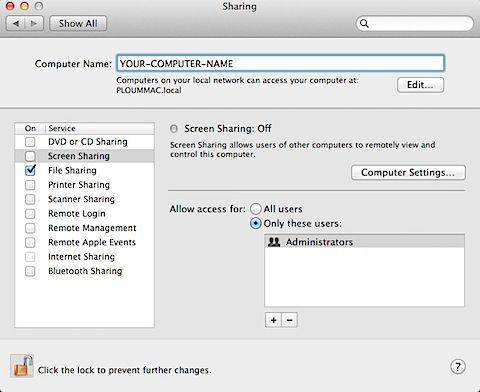 In the dialog, modify the Local Hostname to match the expected <HOSTNAME> in the Visual Studio Xamarin iOS Settings. 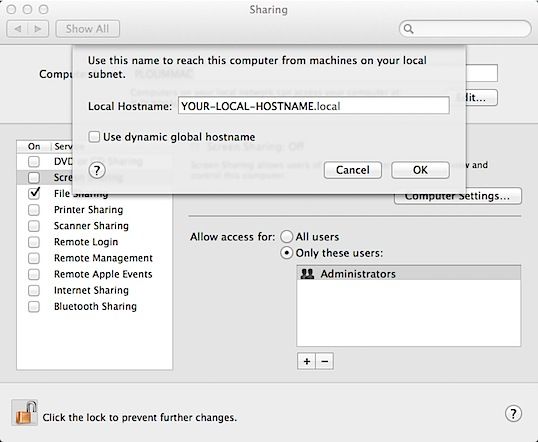 As a side note, I also find out that the build server address, the Mac hostname and its IP address are stored in the Registry as shown below:

After going through the Xamarin installation instructions for Mac and Windows , I ended up in a situation where the AVD Manager ( Android Virtual Device Manager ) on my Windows VM would not let me create a new AVD...

Last post on the topic and links to all the other entries centred around troubleshooting/setting up your Xamarin mobile dev environment.

Yesterday I attended the "C# and Mvvm - Developing apps for all of Android, iPhone and Windows" event hosted by Stuart Lodge at Modern Jago. In preparation for the day I had the daunting task of setting up my Mac for cross platform development with Xamarin. While most of it was fairly straight forward and well documented, I came across a few gotchas worth blogging about.
Github Twitter LinkedIn

He has over 20 years experience of of implementing complex technology solutions across a number of sectors, and is a passionate advocate of Agile practices, continuous learning and engineering excellence.